This website is from the field experience of Abhishek Singh who has been recording his experience and photographs since 2008 and contains description and record location of species found in India.

Birds are obviously important members of our ecosystems and are integral parts of food chains. Some birds get their food mainly from plants others eat insects, earthworms and fishes too. Birds and bird eggs, in turn, serve as food for large variety of animals and snakes. The feeding relationships among all the animals in an ecosystem help prevent any one species from becoming too numerous. Birds play a vital role in keeping this balance of nature. In addition to being important parts of food chain, birds also play important roles within ecosystems.
Birds eat insects. They are a natural way to control pests in gardens, on farms, and other places. A group of birds gliding through the air can easily eat hundreds of insects each day.
Nectar-feeding birds are important pollinators, meaning they move the pollen from flower to flower to help fertilize the new plants.
Fruit-eating birds help disperse seeds. After eating fruit, they carry the seeds in their intestines and deposit them in new places.
In order to understand species of birds available in India, an understanding of climate is important.

There are great contrasts in climate within Indian peninsula and the subcontinent. There are extremes range from almost rainless to perpetually showered, from high altitude to large coastal areas and in between rain forests makes this seventh biggest country in this world a place, where about 1350 species are found.
Most of the rain in this country falls between June and September, during this southwest-monsoon, typically it begins in Kerala (South-Western Coast) and the far northeast in late May or early June and moves north and west to extend over the rest of the area by the end of June. Although it starts rather earlier in and the Andaman Islands. In the Himalayas, the monsoon rains reach the east first and leave this area last.
The monsoon begins to retreat from the northwest at the beginning of September, and usually withdraws completely by mid October. Rain continues, however, In the southern peninsula, and in the southeast around half the annual rain falls between October and mid December. This is brought by winds coming from the northeast during the northeast monsoon. In contrast, in much of the northern part of the subcontinent there is generally clear. Dry weather In October, November and early December and is the period when winter approaches in most of India. Low-pressure systems from the west during this season do, however, bring some light to moderate precipitation to northern India. On the onset of winter season in March, Summer approaches and lasts till June.

MAIN HABITATS AND BIRD SPECIES
The bird habitats of the Indian subcontinent can be roughly divided into forest, scrub, Wetlands, marine-coastal land, grassland, desert, and agricultural land. Then there is Himalayan terrain which has mixed habitats. There is some overlap between habitats; for example, mangrove forest can also be considered as wetland, as can seasonally flooded grassland. Many bird species require mixed habitat types.

IMPORTANCE FOR BIRDS
Up to the time, a total of ~1350 species (with some additional species proposed and considered for splitting) had been confirmed from the Indian subcontinent. As many as 13-15% of the world’s birds have been recorded in the Indian. These include about 150 endemic species. There are about 80 odd globally threatened species which have also been recorded in the subcontinent.

NEW and EXTINCT SPECIES
New species are continually being added to the region’s list such as Nepal Wren Babbler which was first described from the Himalayan forests on the other hand a variety of ones like Scops Owl, Bugun Liocichla are some from the subcontinent may now be globally extinct also Pink-headed Duck and Himalayan Quail, although some ornithologists consider that both could still survive.

Apart extinct ones, there are some critically endangered species in India like ‘The great Indian Bustard’, ‘Red headed Vulture’, ‘Bengal Florican’ and of-course ‘Siberian Crane’ who made Bharatpur Sanctuary an international destination for birding and got lot of Govt. aid to build the habitat for birds.

There are few confirmed extinct species like Pink headed Duck, Green Peafowl and Himalayan Quail. On the other hand bird like Java Sparrow is been recorded New in India.

MIGRATION
The large majority {more than 1,000) of the species recorded In the region are resident, although the populations of some of these are augmented by winter visitors breeding farther north. Some residents are sedentary throughout the year, while others undertake irregular movements, either locally or more widely within the region, depending on water conditions or food supply. Many Himalayan residents are altitudinal migrants, the level to which they descend in winter frequently depending on weather conditions. A number of other residents in the subcontinent breed in the Himalayas and winter further south in the region.
The subcontinent attracts about 200 winter visitors, some of which are also passage migrants and residents. In addition there is a small number of species which are known only as passage migrants. The winter visitors originate mostiy in northern and central Asia.
Migration of Birds are seasonal movement for purpose related to climate, food, habitat and most important for breeding. Few migrate long distances, even cross continent and some does it locally.
India is in-route breeding ground for some of migrating birds from North Eastern and Eastern Asia to Africa. In addition to these very extensive movements, there are some who migrate smaller distances governed by local conditions such as temperature, availability of water which can effect upon their food supply. There are factors related to flowering season of certain plants, ripening of certain fruits, availability of insects etc. Migrating birds prepare for the journey properly timed and on calculated routes, they ensure enough fat deposits which provides enough energy through the journey. Usually the migration happens in large groups. They navigate with good experience of celestial orientation, they also use earth’s magnetic field for their navigation.
The routes followed by migratory birds between their breeding and wintering ground is known as flyways. India lies on Central Asian flyway and is most important region for more than 250 birds who either are resident or travel on this route, some of them are critically endangered such as Siberian Crane. India is playing a major role in conservation of sanctuaries on the this flyway route, some of them are Salim Ali bird sanctuary – Goa, Kumarkom bird sanctuary – Kerala, Vedanthangal bird sanctuary – Tamil Nadu, Bharatpur (Keoladeo) – Rajasthan, Chilika Lake bird sanctuary – Gujrat and many more.

It has been observed that the birds using Central Asian flyway in particular for long distances, cruise on a very high altitude and their velocities varies prevailing their meteorological conditions. The cruising speed for ducks, geese are 70 – 80 kmph and usually they travel for about 6 – 12 hours a day. Its also been observed that few of them even cover more than 800 kms in a day, Plovers even take 3000 kms non-stop flight over open sea and is a winter visitor in India.
Migratory birds not only return to same locality every year for breeding but also often to same nesting sites. Their precision of route is result of imprinted landscapes and landmarks as a result of previous experience while travelling from the age less than a year. How this regularity and punctuality is attained was mystery ever-since ornithologist started ringing them for study and even had observed that some even return to place as small as a football ground and repeatedly on the same day in consecutive years.
Some of the Migratory Birds Coming to India in Winter Season
Siberian Cranes, Greater Flamingo, Redshank, Greater and Lesser Adjutant, Eurasian Wigeon, Common Teal, Northern Pintail, Wagtails, Northern Shoveler, Pelican, Gadwall, Mallard, Sandpiper, Black tailed Godwit, Spotted Redshank, Black Stork, White Stork, Shell Duck, Osprey

CONSERVATION
The enlightened and benevolent attitudes of Hinduism and Buddhism towards wildlife have undoubtedly helped to conserve the rich natural heritage of the Indian subcontinent that still remains today. India has a tradition of protection of all forms of animals dating from as early as 3,000 years ago, when the Rig Veda mentioned animals right to live. Several communities, such as the Buddhists and the Jains, protect living creatures in daily life. Sacred groves, village tanks and temples where the hunting and killing of all forms of life are prohibited can be found throughout India.

THREATS
Birds in the region are currently confronted with many threats, the most important of which are habitat loss and deterioration. Root causes of damage to and loss of habitats are complex, Interlinked and often controversial. Over population is often blamed for the region’s environmental ills; India is predicted to take over from China as the world’s most populous nation by the year 2030. Other factors are, however, Important current agricultural practices, poverty, Inequitable land distribution, ln security of tenure, lack of political will, weak governance, national debt (which encourages countries to over exploit their natural resources for export and internal consumption), damaging International policies, high demand from overseas for resources, and misguided national policies reduces extent and the quality of forest resources are declining throughout much of the region. Also the major threats to natural forest are over exploitation for fuel, timber and livestock fodder, overgrazing which prevents forest regeneration, and the conversion of forest to other land uses.

India being 7th largest country by size and 2nd by population which has created huge pressure towards urbanization reducing forest cover. The authorities has the legislation in place under The Wildlife Protection Act for the protection of plants and animal species. This provides immunity to protected plant and animal species where  hunting or harvesting was outlawed. Target is to achieve 33% of forest cover and we are a distant achiever. Although about 15 odd new National Parks have been identified in last 2 decades, slightly increasing the total forest cover. 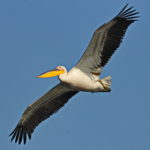 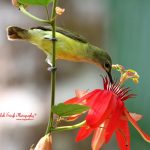 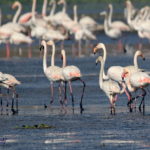 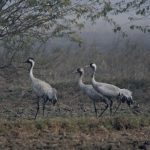 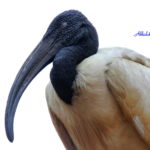 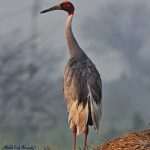 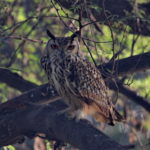 BirdsOfIndia.info holds copyright for all the article published on this website along with all images fully owned by the Author.